Gettysburg, Pickett’s Charge, and Cybersecurity Lessons: Battle of the Ages

The Battle of Gettysburg is one of the most famous battles in American history. It was fought from July 1-3, 1863, and resulted in over 50,000 casualties. The infamous Pickett’s Charge took place on the third day of the battle and is often considered the war’s turning point. Pickett’s Charge was a massive assault by Confederate troops against Union forces entrenched on Cemetery Ridge. 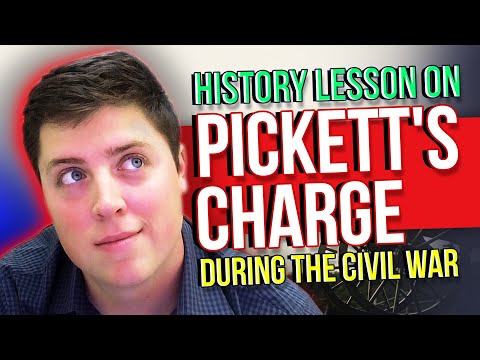 Cybercriminals on the Battlefield

In the heat of battle, it’s important to remember that cybercriminals are human. Since they are humans, many cybercriminals prefer to take the least resistance path to find their way into your networks and applications. Just like generals in the military, they will always look for the weakest point in your defenses.

While cybercriminals do like to take the path of least resistance, they are, however, creative and tenacious in their efforts to find ways to exploit systems and applications. Businesses need to be constantly on the lookout for new threats and vulnerabilities. To gain a better understanding of the cybercriminal’s mindset, businesses should consider conducting threat intelligence and research on past attacks. The Battle of Gettysburg has left behind key lessons that can be applied to the cybersecurity battlefield. Let’s take a look at some of these key lessons.

Cybersecurity Lessons from the Battle of Gettysburg

The first lesson is that preparation is key. The Union forces at Gettysburg were prepared for the Confederate attack. They had fortified their position and were ready for the assault. This is similar to how businesses must prepare for cyber attacks. They need to have a plan and be ready for whatever comes their way.

The second lesson is the importance of defending your perimeter. The Union troops at Gettysburg did not allow the Confederates to penetrate their lines. They held their ground and defended their position. This is similar to how businesses need to defend their networks from attackers. They need to have strong perimeter defenses in place to keep the bad guys out.

The third lesson is never to underestimate your enemy. The Confederate troops at Gettysburg were confident that they could win the battle. They were wrong. The Union forces were prepared and ready to fight. This is similar to how businesses should never underestimate the skills of cybercriminals. They are always evolving and finding new ways to attack.

The Battle of Gettysburg was a turning point in the American Civil War. The Union forces were prepared and ready to fight. They defended their position and held the line. This is similar to how businesses must prepare for and defend against cyber attacks. Cybercriminals are always evolving and finding new ways to attack, and businesses need to be prepared and ready to fight back.

The Battle of Gettysburg is a reminder that preparation is key, defense is essential, and never underestimate your enemy. These lessons are just as relevant today as they were over 150 years ago. Businesses need to take these lessons to heart and use them to prepare for and defend against cyber attacks. otherwise, they will be the next victim of a major cyber breach.

In the heat of battle, it’s easy to get caught up in the moment and forget about fortifying your defenses. As the famous Confederate General Robert E. Lee learned during the Battle of Gettysburg, a well-fortified position can be the difference between victory and defeat. The same is true in the world of cybersecurity. While it’s important to have the latest and greatest security tools, they’re only as effective as the defenses you use to protect them. This is why it is important to harden your systems and applications against attack.

Businesses need to make it difficult for cybercriminals to get in and disrupt their operations. One way to do this is by looking at your systems and applications and comparing them to fortifications. In the American Civil War, the Union army repelled the Confederate army at the Battle of Gettysburg. One of the key reasons for this was the Union’s superior fortifications. The Confederates made a disastrous assault on these fortifications, known as Pickett’s Charge, and were repelled with heavy casualties.

The same principles can be applied to cybersecurity. If you have strong fortifications, it will be much harder for cybercriminals to get in and cause damage. Of course, no system or application is completely secure, but by making it as difficult as possible for them to get in, you can make it much less likely that they will be successful.

So what can we take away from the Battle of Gettysburg? First, a well-defended position can be incredibly difficult to overcome. The Union army had the high ground and used it to their advantage. Today, we can use the same principle to defend our networks. Whether you are concerned about data loss prevention or just want to make sure your network is as secure as possible, following the lessons of Gettysburg can help you create a strong defense that will be difficult for attackers to penetrate.

Pickett’s Charge is a reminder that even the most well-defended position can be breached if the attacker is willing to take enough casualties. In cybersecurity, we often discuss the importance of defense in depth – having multiple layers of security so that if one is breached, the others can still hold. This is the same principle at work. By having multiple layers of defense, we can make it much harder for attackers to get through.

Mainstreet IT Solutions Can Help You Stay Secure

Managed IT services can help you implement a strong defense for your network. At Mainstreet IT Solutions, we can help you choose the right security solutions and ensure they are properly configured to protect your business. We can also help you create an incident response plan, so you know what to do in the event of a breach. We can also provide ongoing monitoring and support to keep your network safe.

Contact us today to learn more about how we can help you keep your network safe.

Migrating To The Cloud - Can I Get Rid Of My Servers?