Every business should apply Wald’s lesson to the IT realm. Today, cybersecurity is not a question of if but where and when you can suffer a cyberattack. You need to place your armor where it matters most.

Key Points From the Article:

One of Wald’s most prominent works was to produce for the U.S. government statistical resource during the World War II era. When you look deeper at Wald’s story, few will argue that his approach to security gives a realistic view of how to approach cybersecurity today.

Abraham Wald’s insights in developing better fighting jet armor during World War II can give your business a better approach. 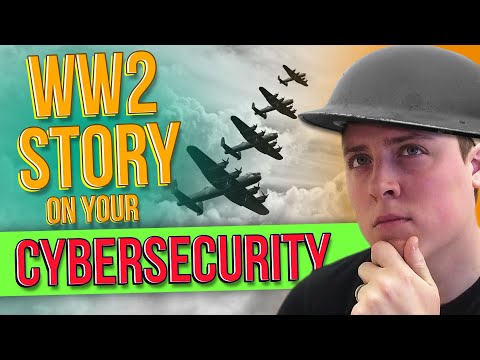 Abraham Wald was born in 1902. He was then an ultra-Hungarian empire and the grandson of a Rabbi. Wald advanced quickly as a bright and young talented student, which enabled him to study mathematics at the University of Vienna.

In New York, he would study and help other mathematicians develop different weapons for  World War II that the United States was developing.

The Gap In Security That Wald Discovered

One problem that Abraham Wald and his teammates were trying to solve was to stop enemies from shooting the American planes in World War II.

The simple solution the military had to do was to add armor to the planes. However, adding too much armor would weigh the planes down, causing different problems. They wouldn’t have solved the problem if they had added insufficient armor.

That was where Wald and his teammate came in. The big question they had to tackle was:

Where on the plane would the military add armor?

Fortunately, the military had data at their disposal. The military examined planes returning from the battle and the variable patterns distributed among the plane.

The data showed that planes could come back while being shot up. The discovery gave the pilots a better advantage in engaging the enemy and returning home safely.

After examining several planes and hole distribution, the military was sure they had the answer. They added armor to bullet holes on the returning planes to protect the pilot.

However, Abraham Wald had a different perspective.

He reasoned that the returning planes showed the opposite effects of planes that didn’t return. The mere reality that these planes were returning with bullets safely was a testimony that the plane could take bullet holes in those identified areas.

He wondered about the bullet holes in the plane not returning — the ones that don’t make it home safely. After re-examining the data, the military discovered that the returning fighting jets did not have much damage around two critical areas:

The military went on to take Wald’s idea and reinforce those two critical areas.

The U.S. government then realized a substantial decrease in-plane being shot down on the battlefield. They used the insights to reinforce fighting jets through several wars, including the Korean and Vietnam wars.

What Your Business Can Learn From Abraham Wald Story About Cybersecurity

From Wald and his team of mathematicians, your business should be asking two critical questions when adopting cybersecurity measures:

Like in Wald’s story, the military made wrong assumptions about planes returning home with bullet holes. The government then acted upon wrong assumptions. The same applies to the cybersecurity approach of many businesses today.

Many businesses hold the wrong assumptions about cybersecurity best practices. Businesses make assumptions such as:

However, there are severe consequences for any wrong assumption.

Every business should apply Wald’s lesson to the IT realm. Today, cybersecurity is not a question of if but where and when you can suffer a cyberattack. You need to place your armor where it matters most.

You have a formidable task of identifying your most valuable assets and protecting them with the possible strongest defenses. Taking that approach will minimize the damage a cybercriminal can do to your business.

More importantly, ensuring that an attacker cannot penetrate your defense will help you with the following:

Approaching business’ IT security the way Wald approach fighting jet security ensures that your organization is more resilient to the ever-changing cyber threats.

Wald’s lesson is simple: Identify assets that matter most within your environment and place your armor where necessary, not in the grand scheme of things that can sustain damage.

We can help you identify critical IT assets and concentrate cybersecurity resources in those areas to minimize the impact of potential threats.

Migrating To The Cloud - Can I Get Rid Of My Servers?